Leon is a colonial city with a colorful history, is city full of historic and cultural treasures such as the cathedral 1860 became  the largest cathedral in Central America. The León Cathedral is the final resting place of many famous people, including Nicaragua’s beloved poet, Ruben Dario.Other places of interest in Leon include the Museum of Legends and Traditions, the Ruben Dario Museum and a number of churches with historic and architectural value.

The original site of the city of León, which was abandoned due to volcanic activity in the 17th century, is now known as Leon Viejo and has been declared as a UNESCO World Heritage Site for its historical value. Visitors can explore the ruins of León Viejo and enjoy the scenic view of the Momotombo Volcano and Lake Managua.

You can also find many small, picturesque towns that border the Pacific Ocean, great for sun and beach activities, a range of volcanoes offering a variety of possible activities among other attractions. Leon City features several picturesque comfortable  hotels and  Bed & Breakfast.

Hotel El Convento
El Convento de San Francisco was founded in the city of León in 1639, by Reverend Fray Pedro de Zúñiga. This was the first convent of the city....
From
$99 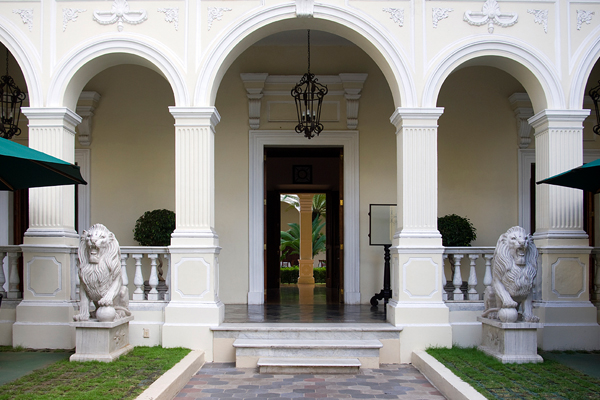 Hotel La Perla
The Hotel La Perla is the finest examples of the neoclassical style of architecture that exists in Nicaragua. The central courtyard, typical of colonial construction, is dominated by the fountains with magni...
From
$163